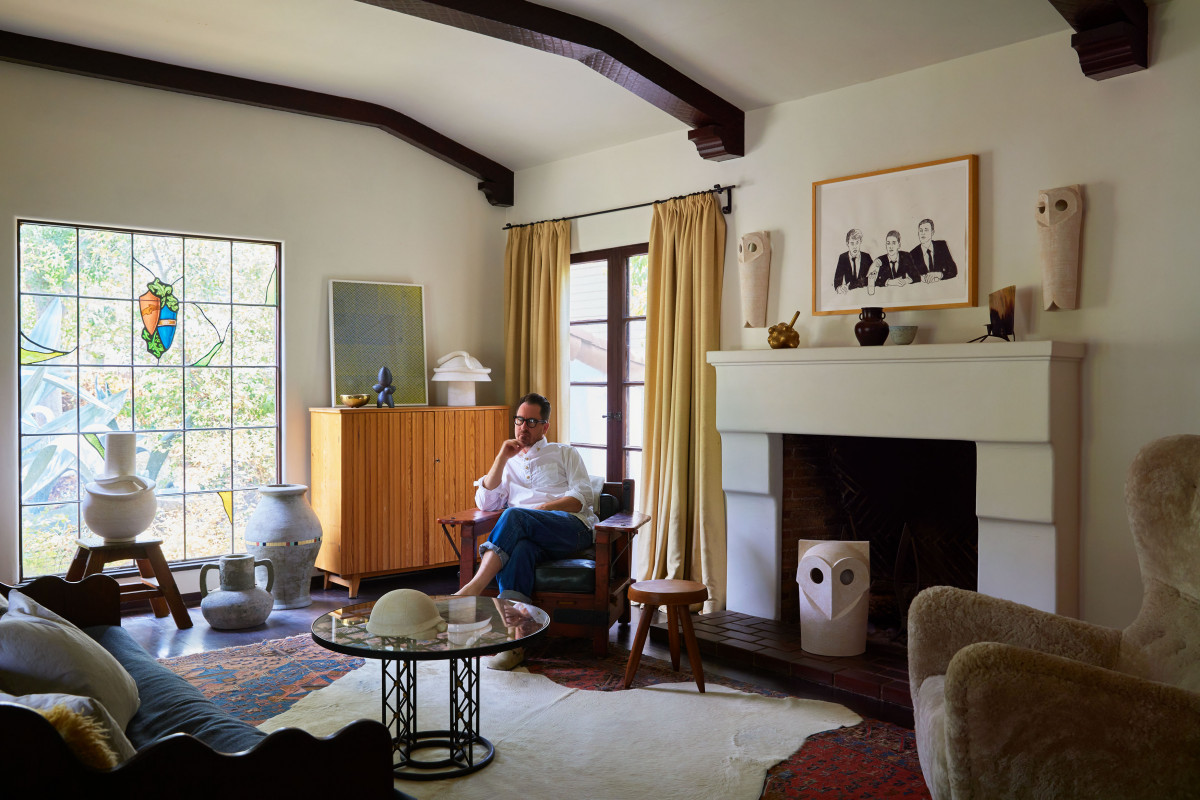 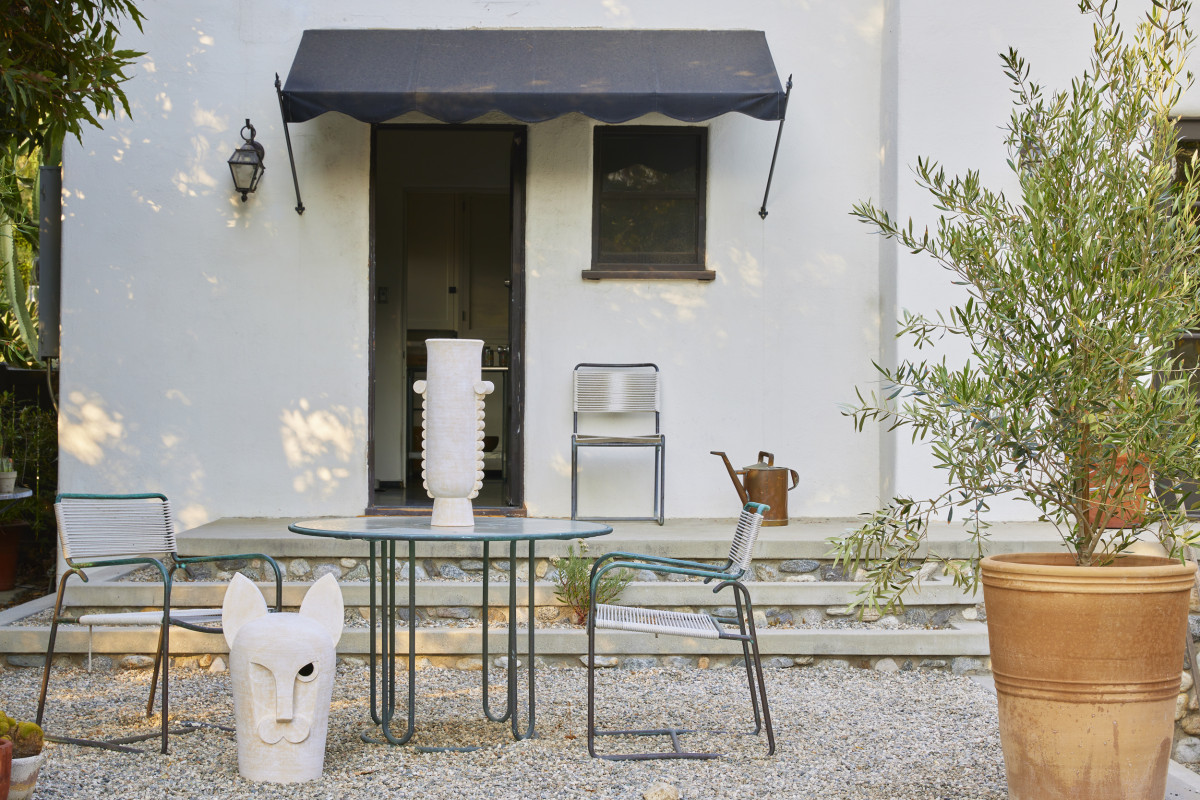 In Conversation with Eric Roinestad

Arroyo Seco is a love story. A love of loved ones, a love of one’s surroundings and a love of one’s home. Eric’s romantic relationship with Southern California, from its rich history of modernism to the quietly opulent native garden surrounding his home, has provided a generative intensity borne of being restricted to the place he loves the most. 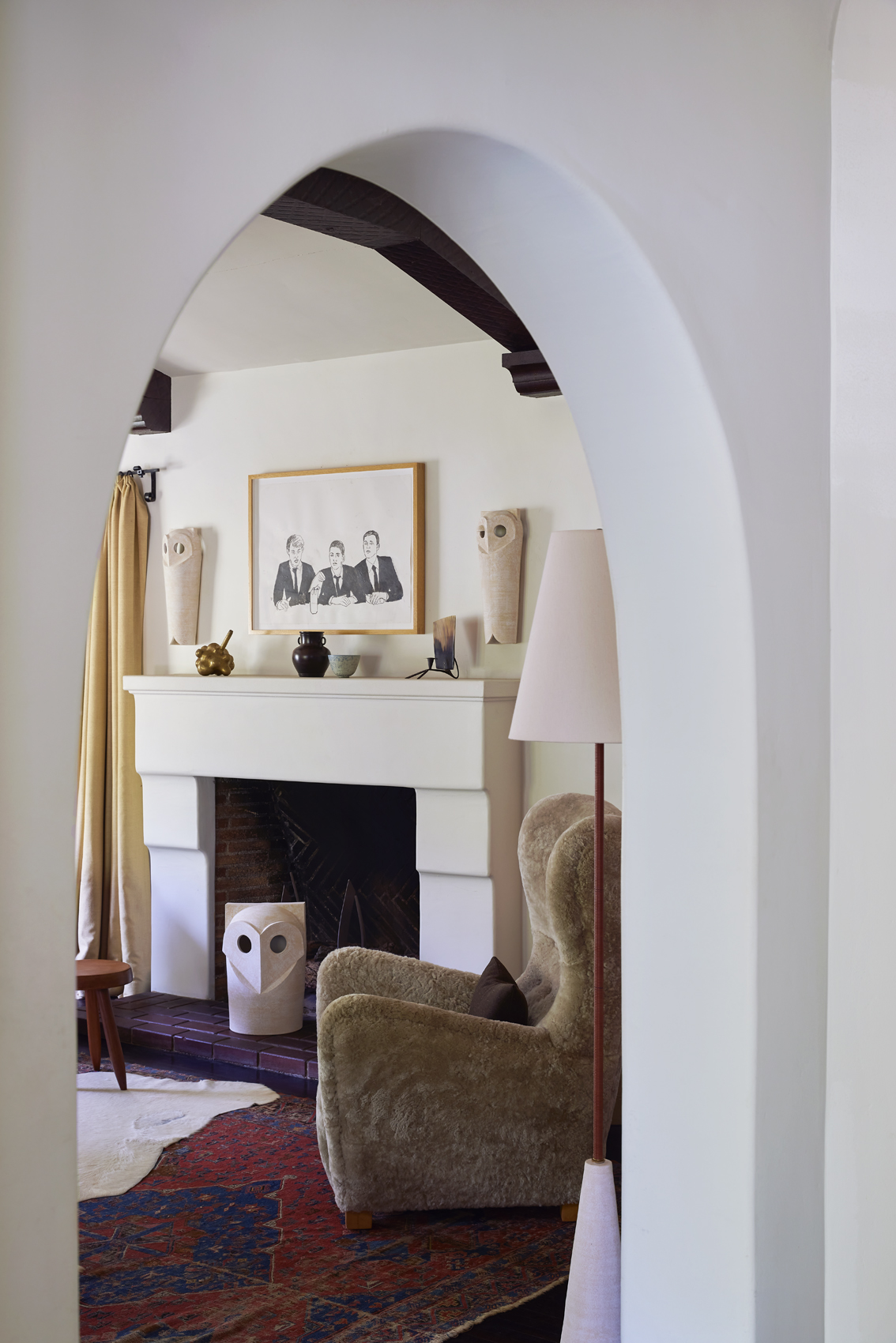 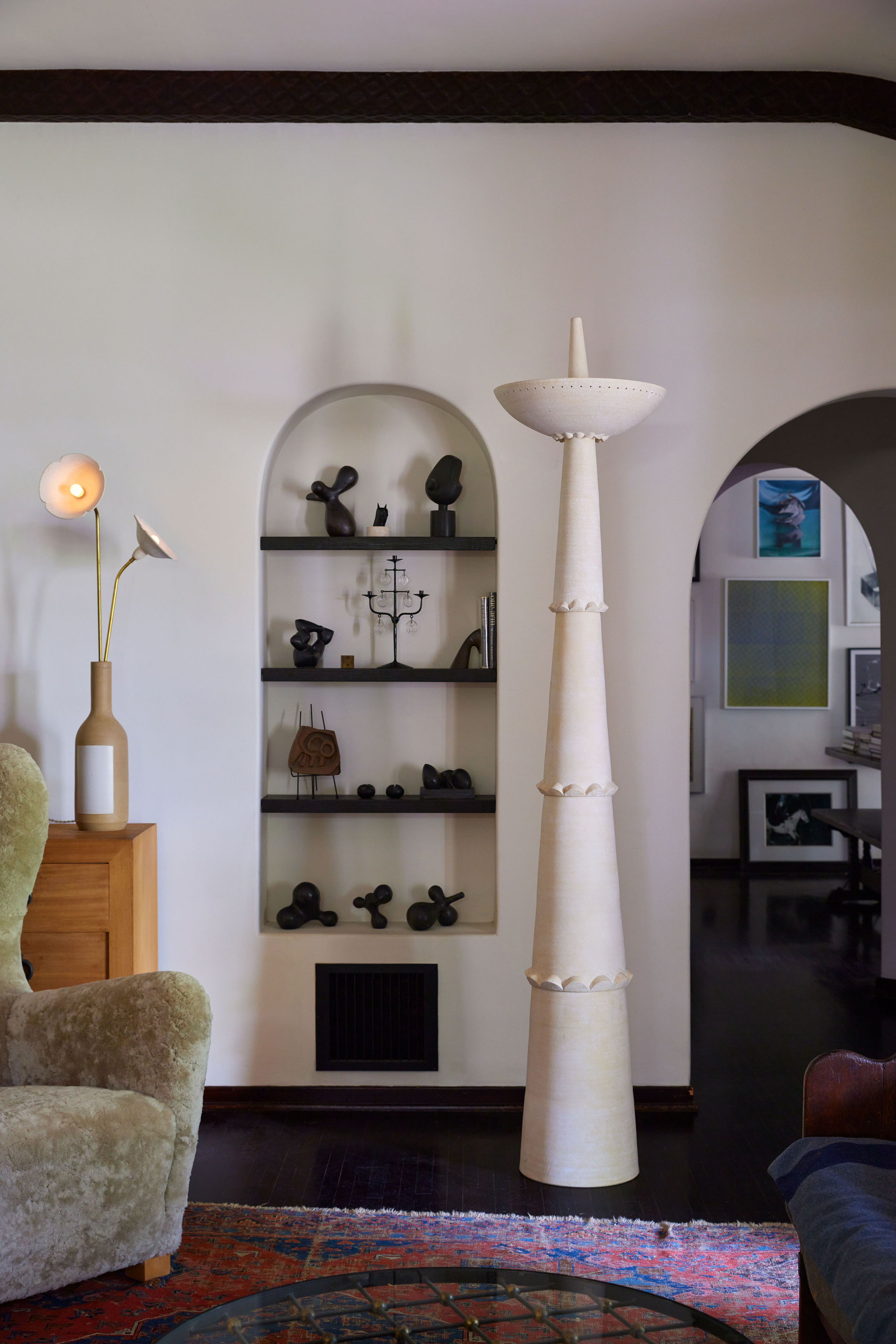 “For over twenty years,” says Roinestad, “my work has lived in the membrane that connects my natural surroundings with the points of art-historical reference that I have been drawn to since I was young. Produced over the past four years, my newest pieces are meant to negotiate this connection in a way that is universally accessible while still deeply personal. In my garden, in the titular Arroyo Seco neighborhood of Los Angeles, I reflect on the natural phenomena that surrounds me and the works that have inspired me. In the aloe and cacti, I see the organic lines and floral shapes of Finnish designer Paavo Tynell and silversmith Jean Despres. In my neighbors, the coyotes, owls, snakes and feral cats; the Art Deco vases of French designer Jean Dunand, the zoological sculpture of Les Lalanne and the coiling, serpentine forms applied by French ironworker Edgar Brandt. And the poppies in spring which, in their ubiquity and universality as a common symbol, belong to everyone.” 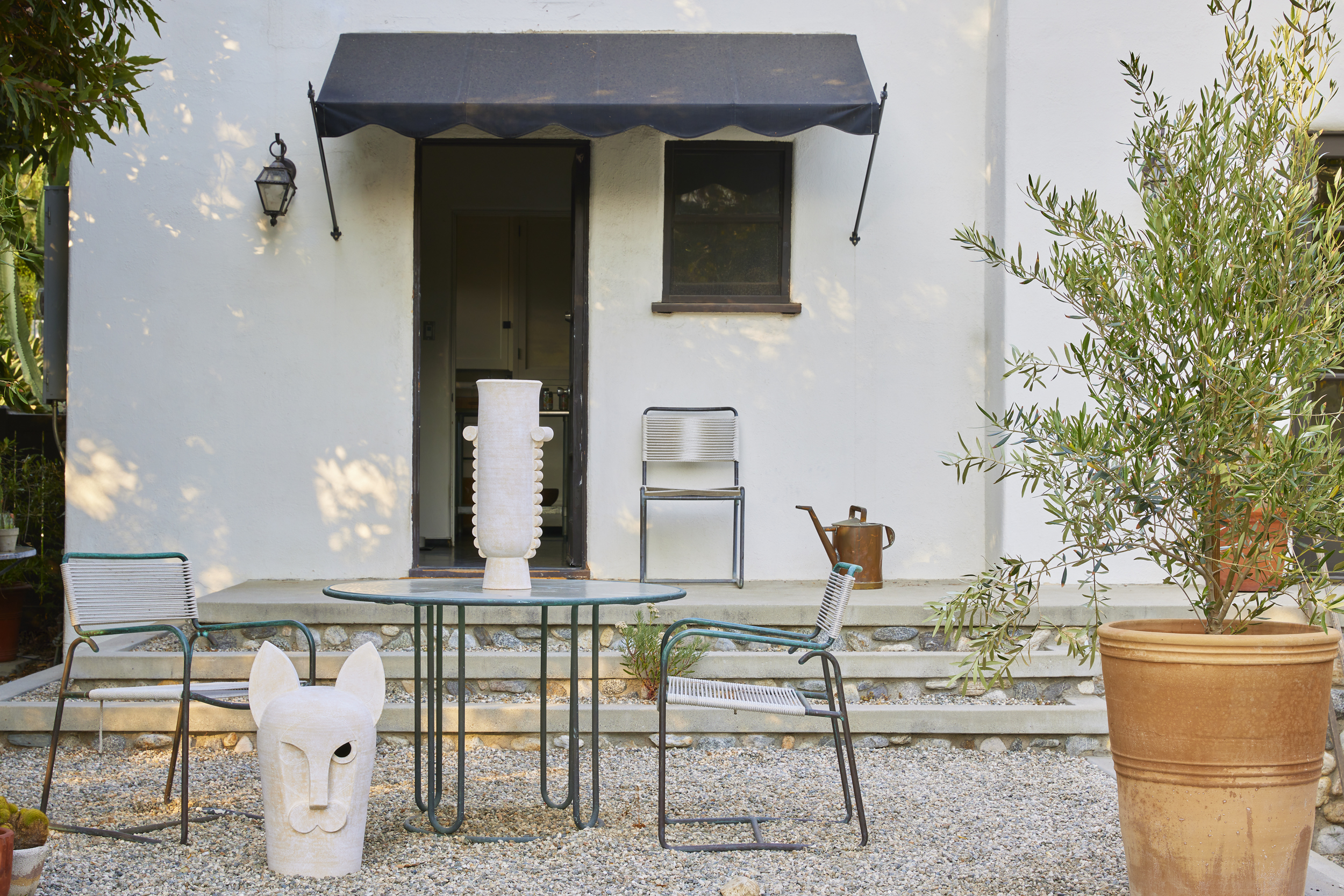 Seeing this work depart his home and come to life in its own exhibition has been a revelatory and fulfilling experience for Roinestad: “My hope is always to see my universe, living in a new environment, translated into a new language. Because my studio is so jam packed, it’s nice to see the work presented in a more sparse environment. I enjoy working at a slightly smaller scale because it allows for more negative space. It matches my points of reference more than the large scale work we’ve gotten so used to seeing.” 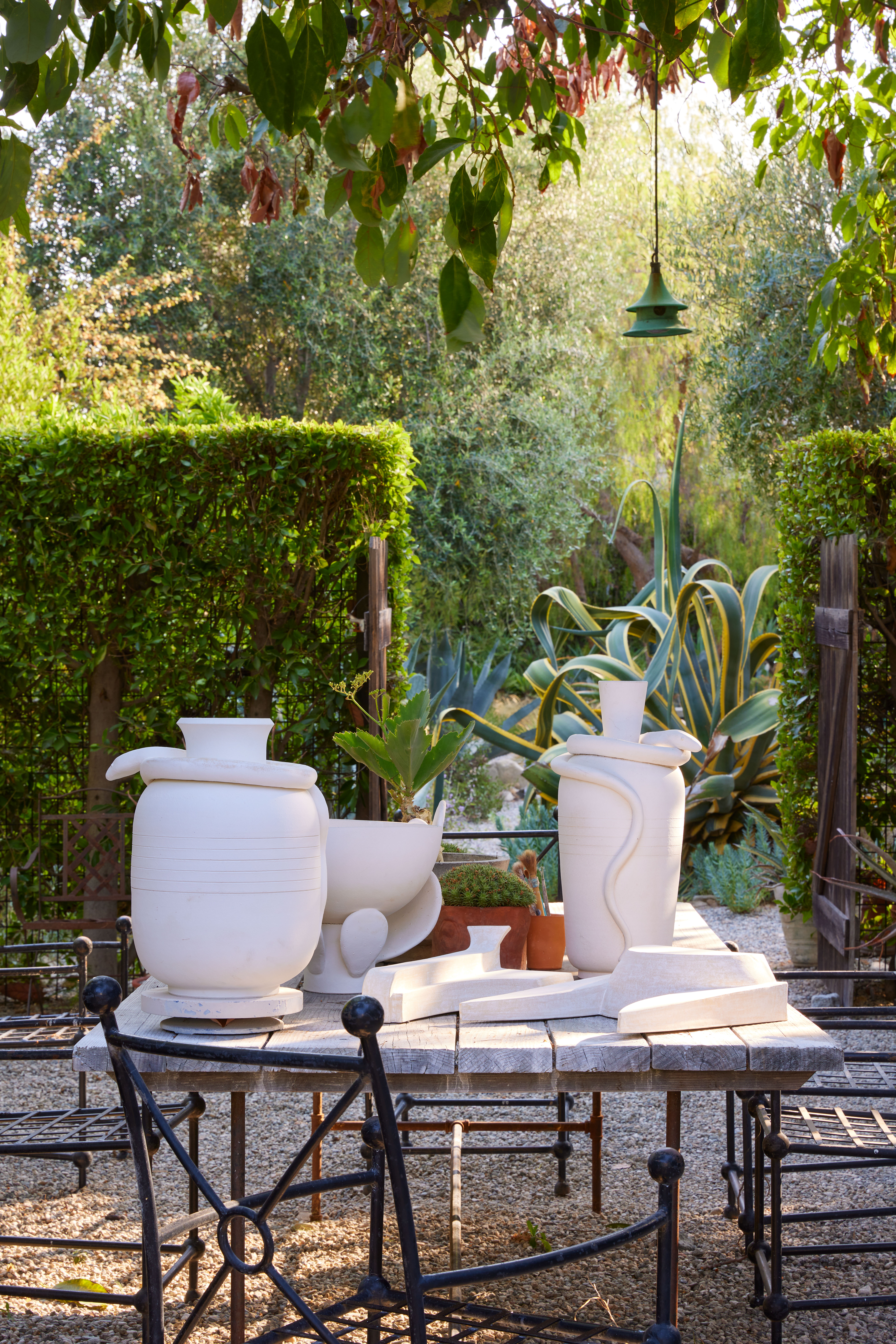 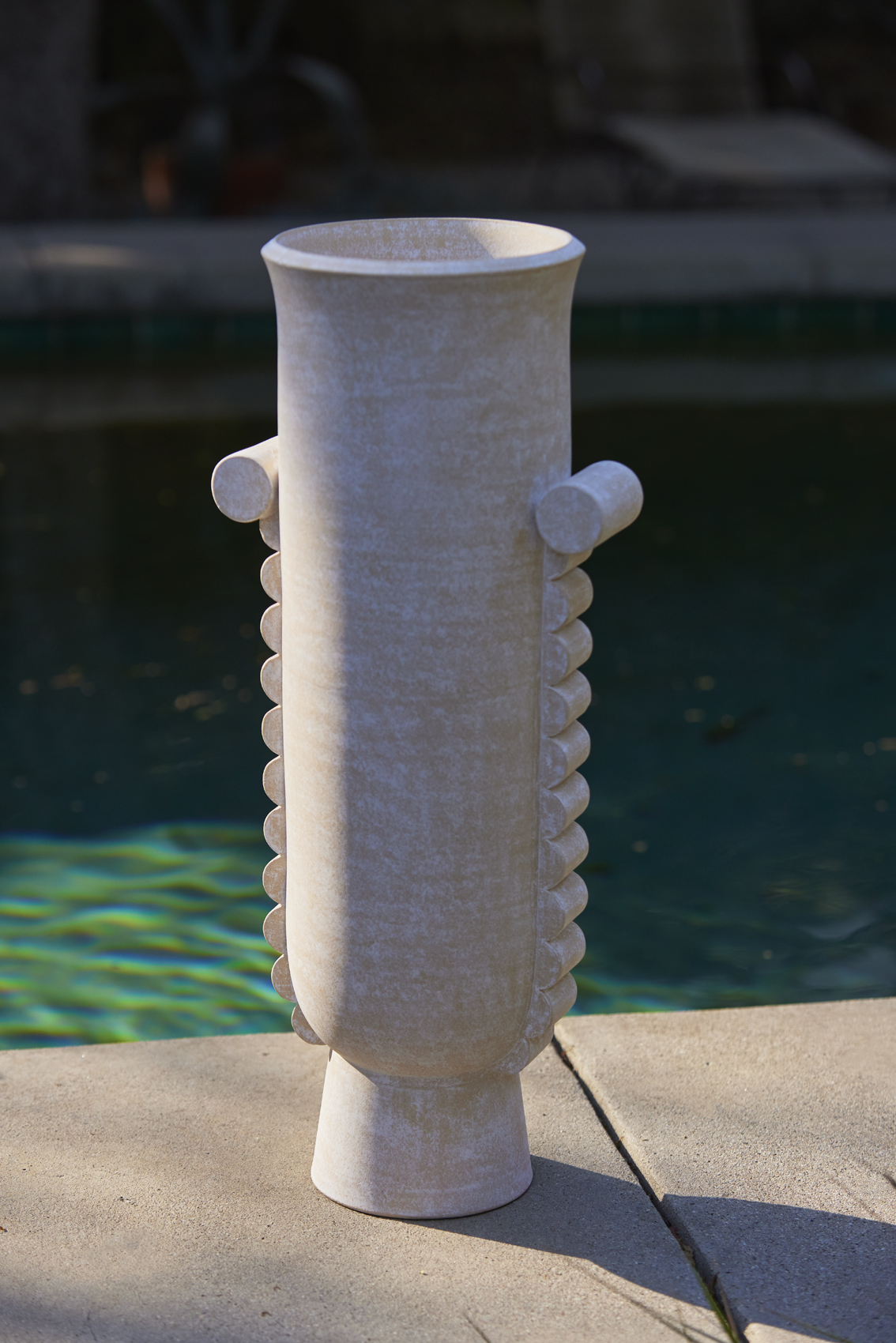 In order to achieve his desired impact at this scale, he often navigates learning new techniques. For the mirrors in Arroyo Seco, Roinestad used “verre églomisé”, an 18th century process for gilding mirrors. “It’s an old French technique. It’s a way of water gilding these objects in order to make them feel the way I want them to feel. To make them reference a specific time and place without making them look distressed. I love doing things like that - learning new techniques, using new equipment. For this body of work I did a few things for the first time. Making my own lighting, wiring the fixtures, bending and threading the metal, wrapping leather around the stems [of the ceramic poppies]. It was a challenge with the big chandelier. Working with so many parts, I think doing it myself really helps me in the design process as well. It helps everything come together. There are ways of designing that wouldn’t occur to me unless I did things like this myself, and engaged with the act of making as an act of learning. That happens a lot in my work. I can stretch my design if I know how something is made and how it’s put together. Constructing these things is more about building the design than building the object.” 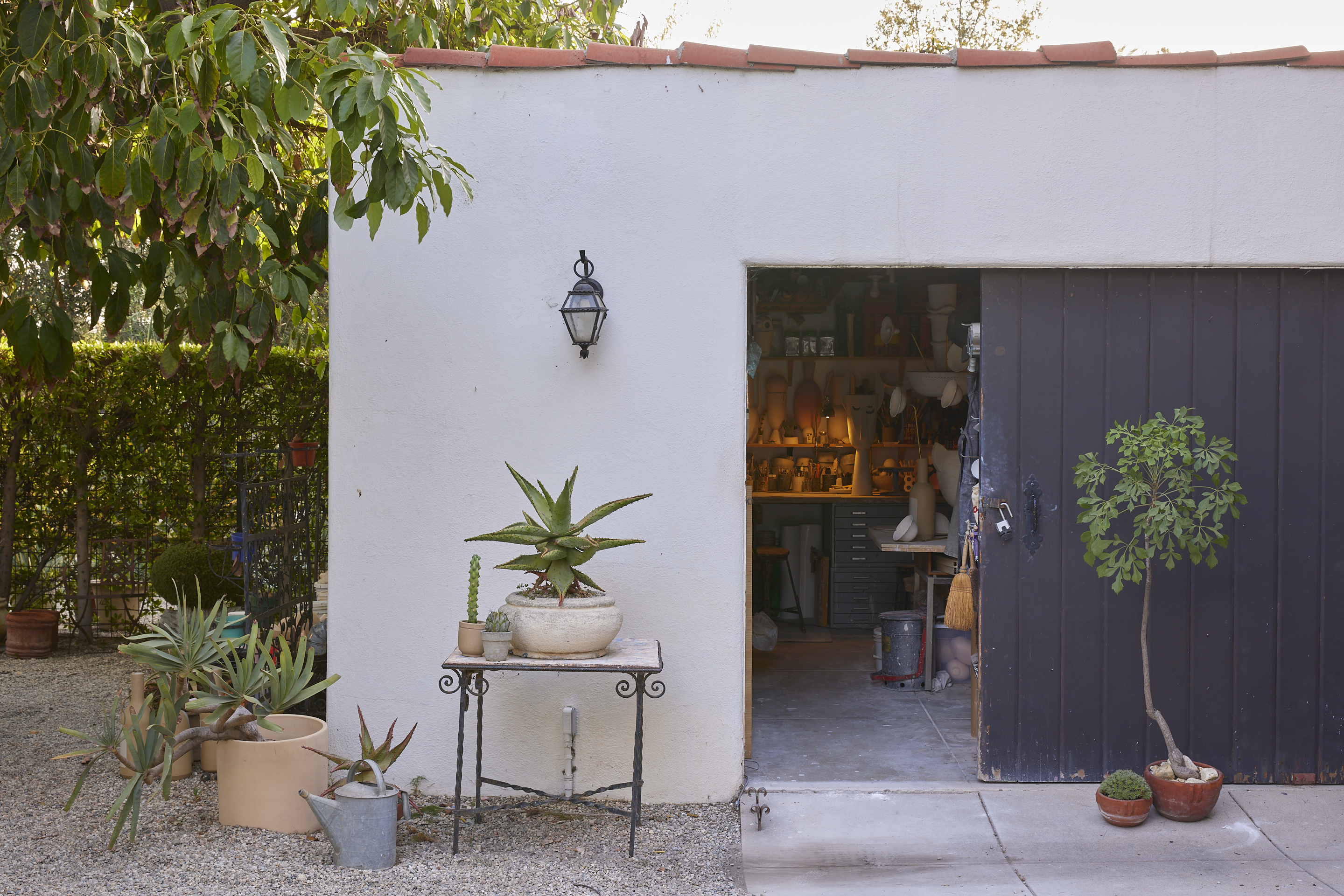 As a designer, Roinestad has always been a rigorous self-editor and perfectionist. Over the past year, these traits have taken on a new meaning. As we have collectively redefined the word “essential,” the concept of spartan design has had to look with fresh eyes at values that it once took for granted. As the world now spins on an axis of necessity, “essential” forms have amassed a new weight of meaning. 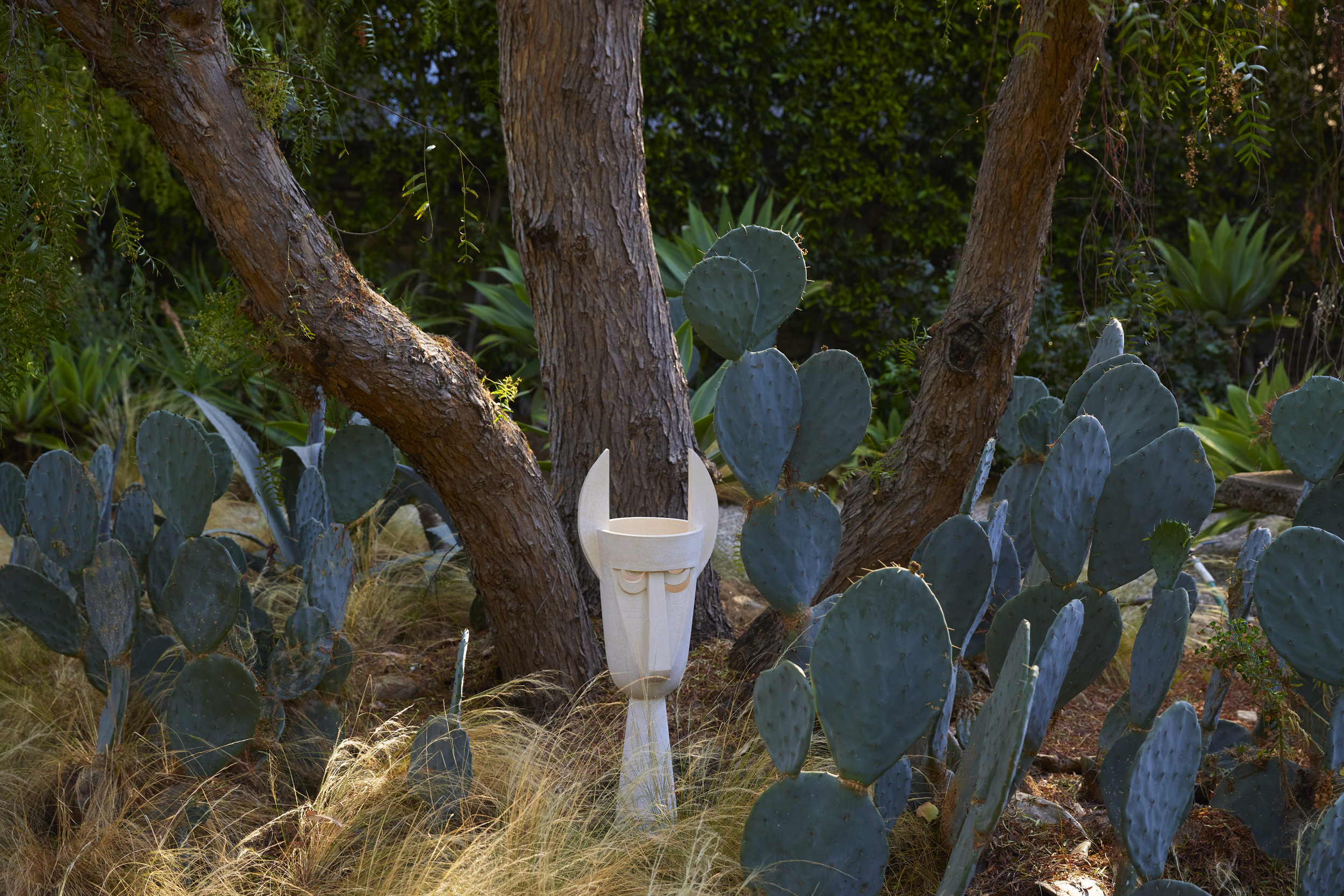 Roinestad’s relationship with this is manifested in his love of his home and the natural environment that surrounds it. The flora and fauna that are represented in his work are an extension of his life as an individual. In his life of living with the artworks that he produces, he builds an intimacy with them before sending them out into the world. “It feels so good to say goodbye to my work,” says Roinestad. “Because this process was stretched out for so long, I’m ready to move on. There are other ideas I have that I haven’t been able to get to yet. I’m always ready to move on to the next thing, that’s why I do a lot of one-of-a-kind and limited work. It’s why mass production isn’t that interesting to me. Once I get the photo of the object in its new home, or in an exhibition, that’s what I get to keep.”

More articles in In Residence