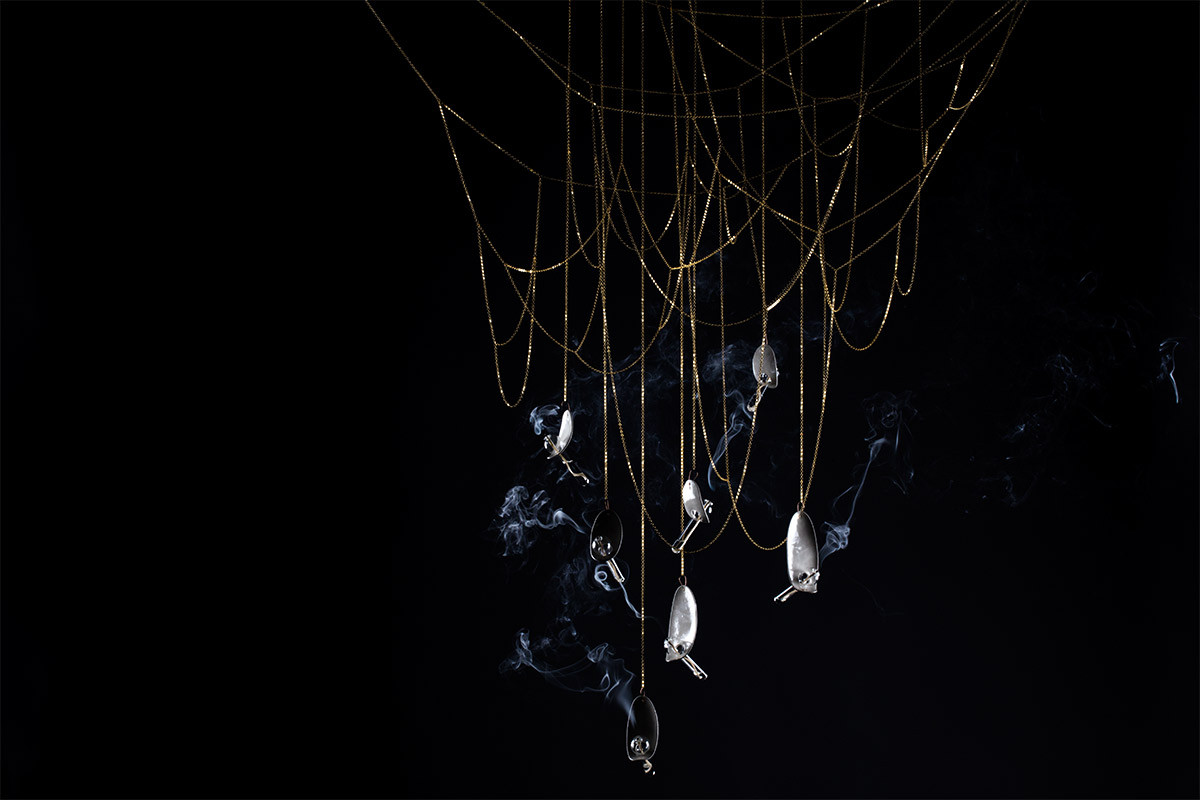 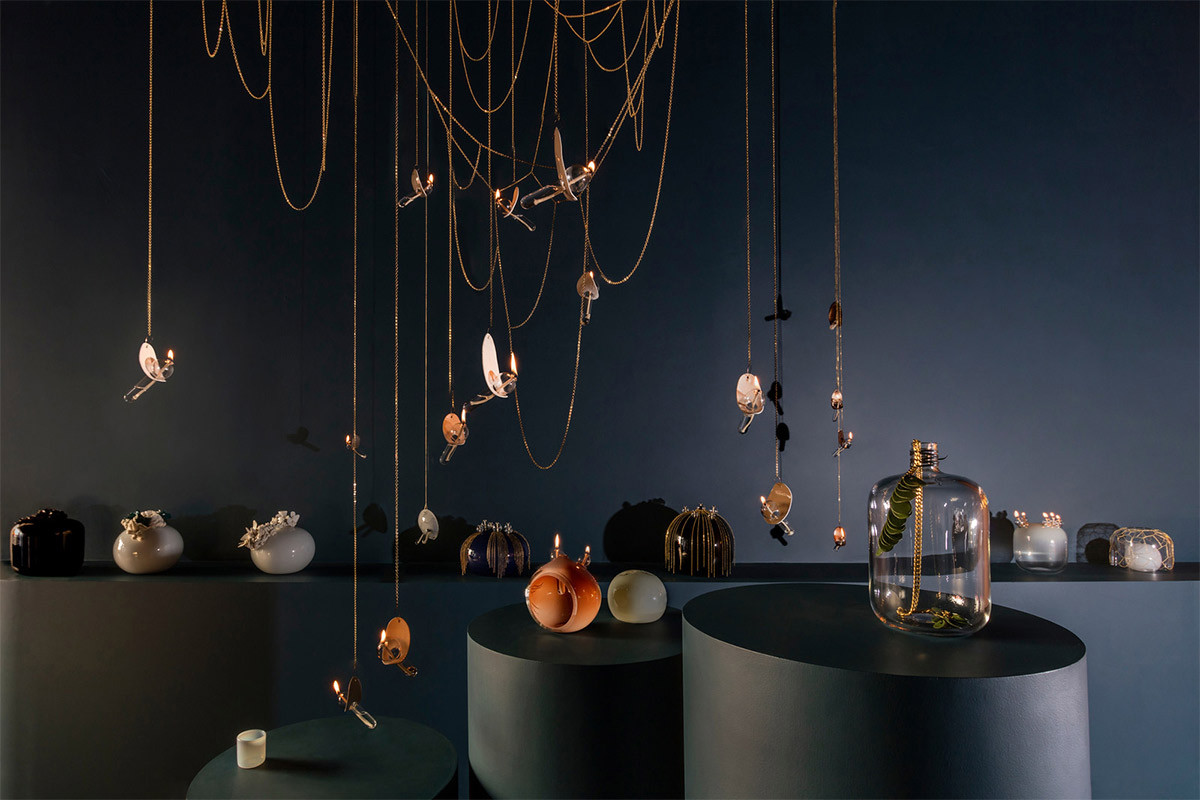 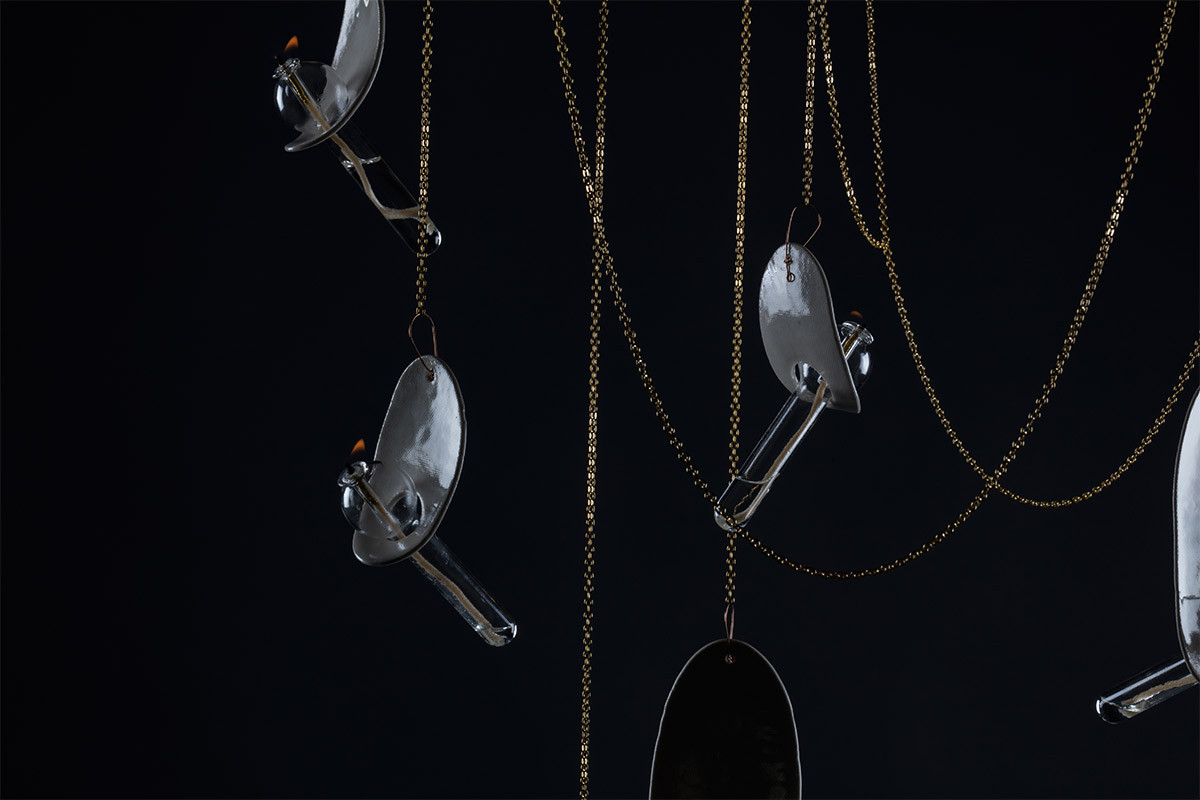 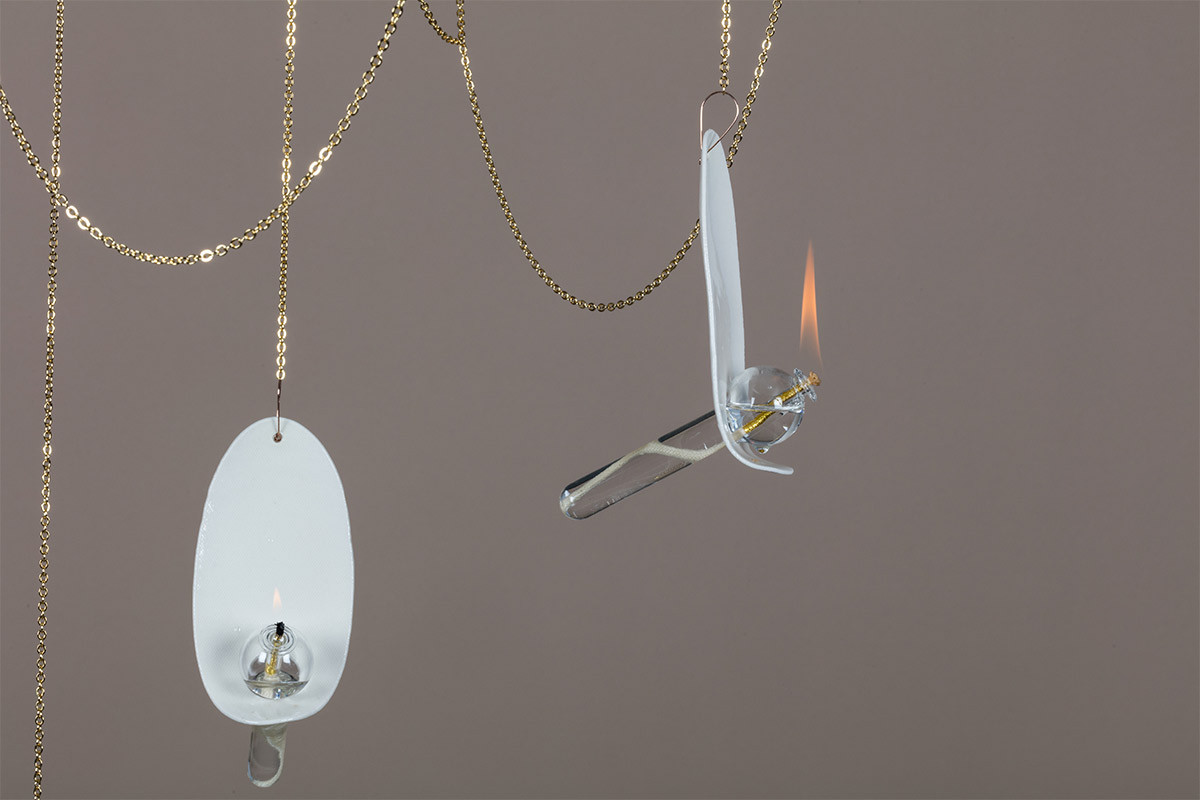 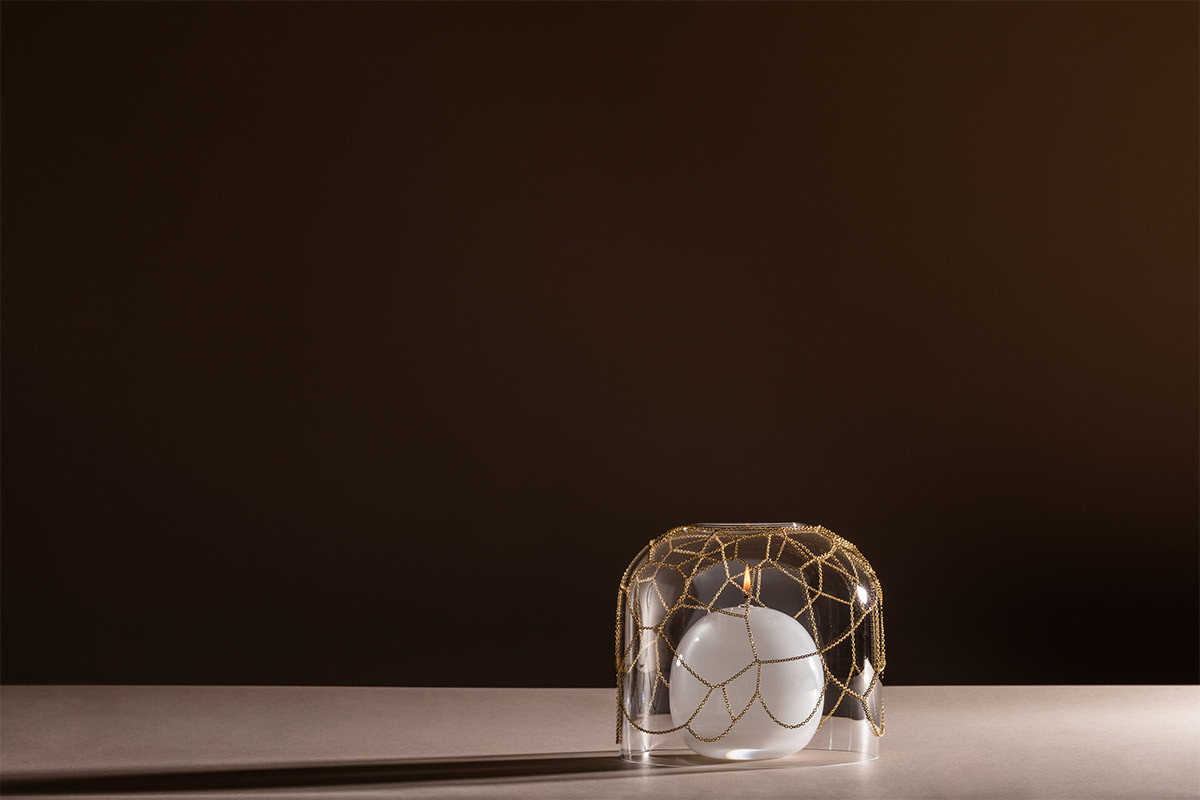 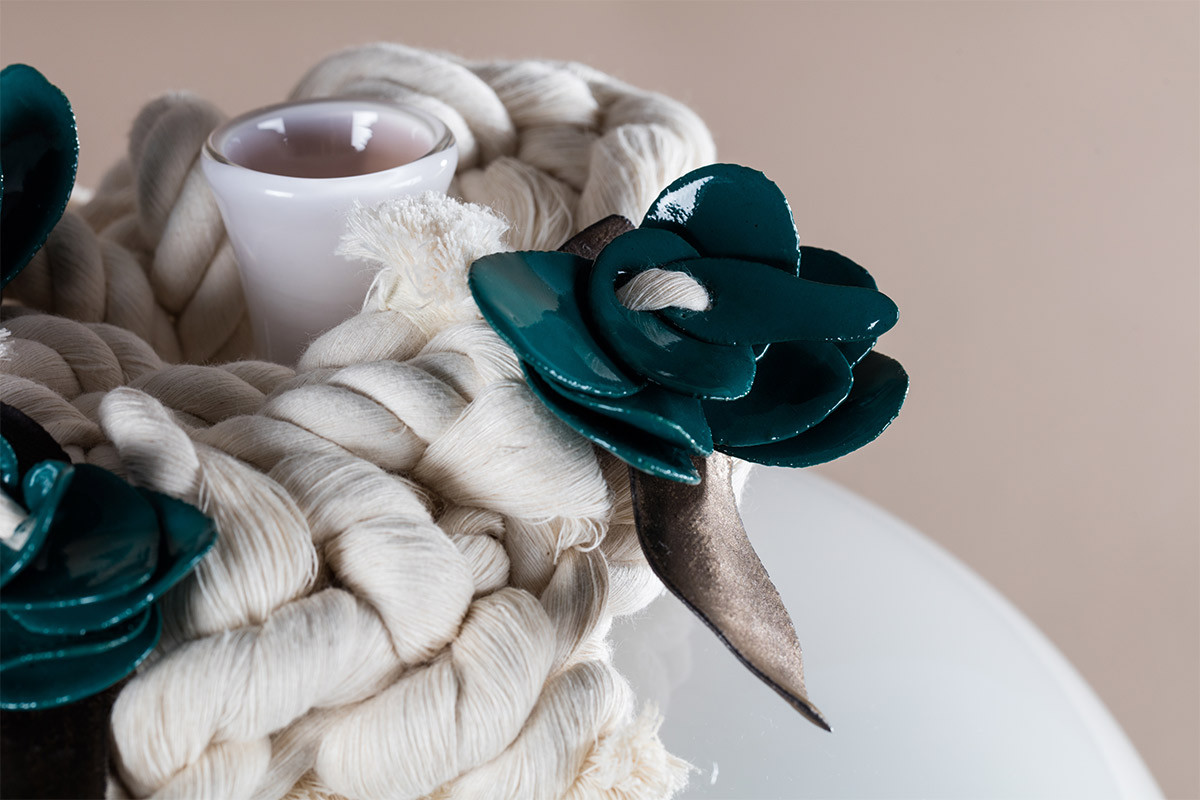 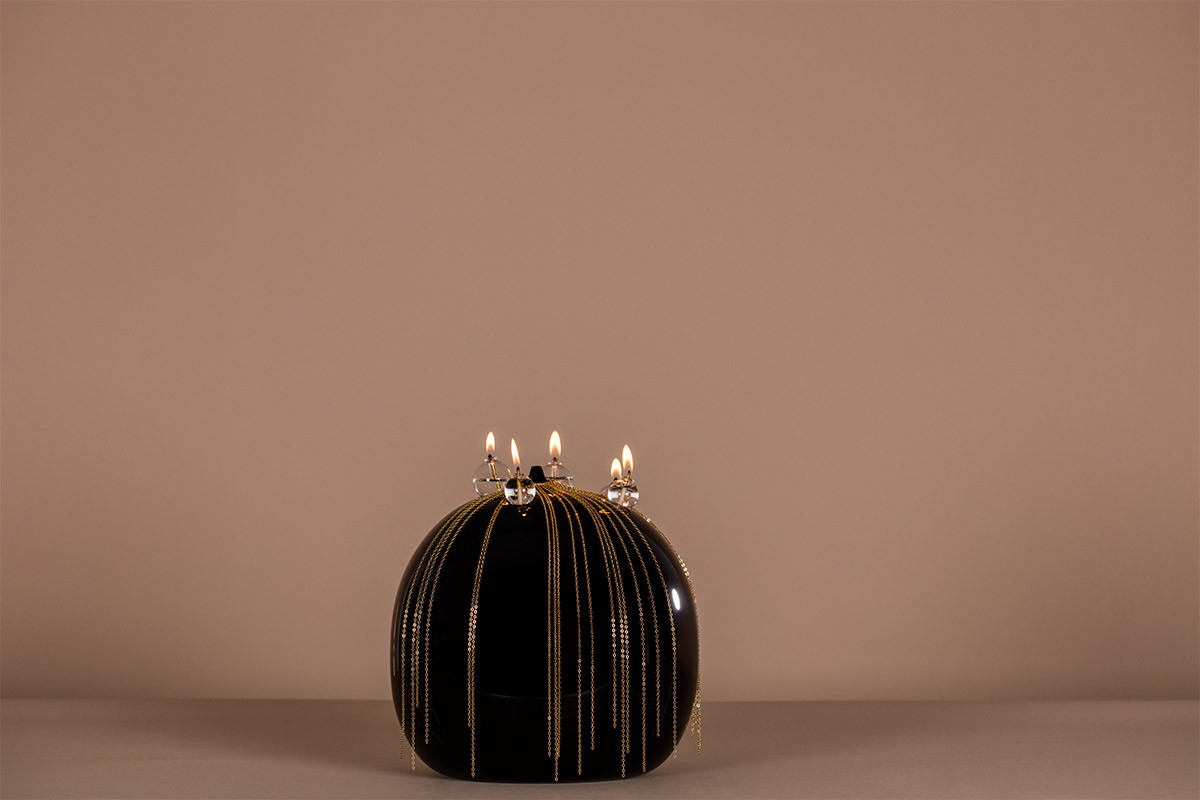 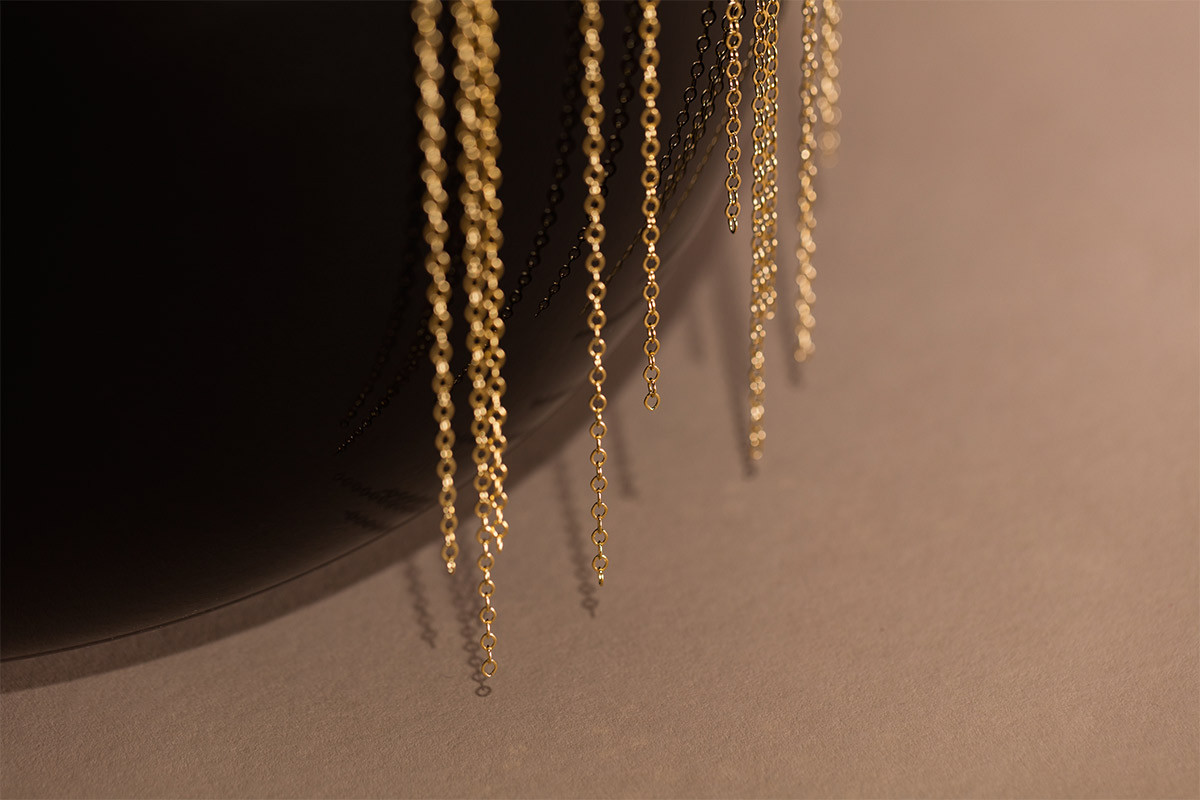 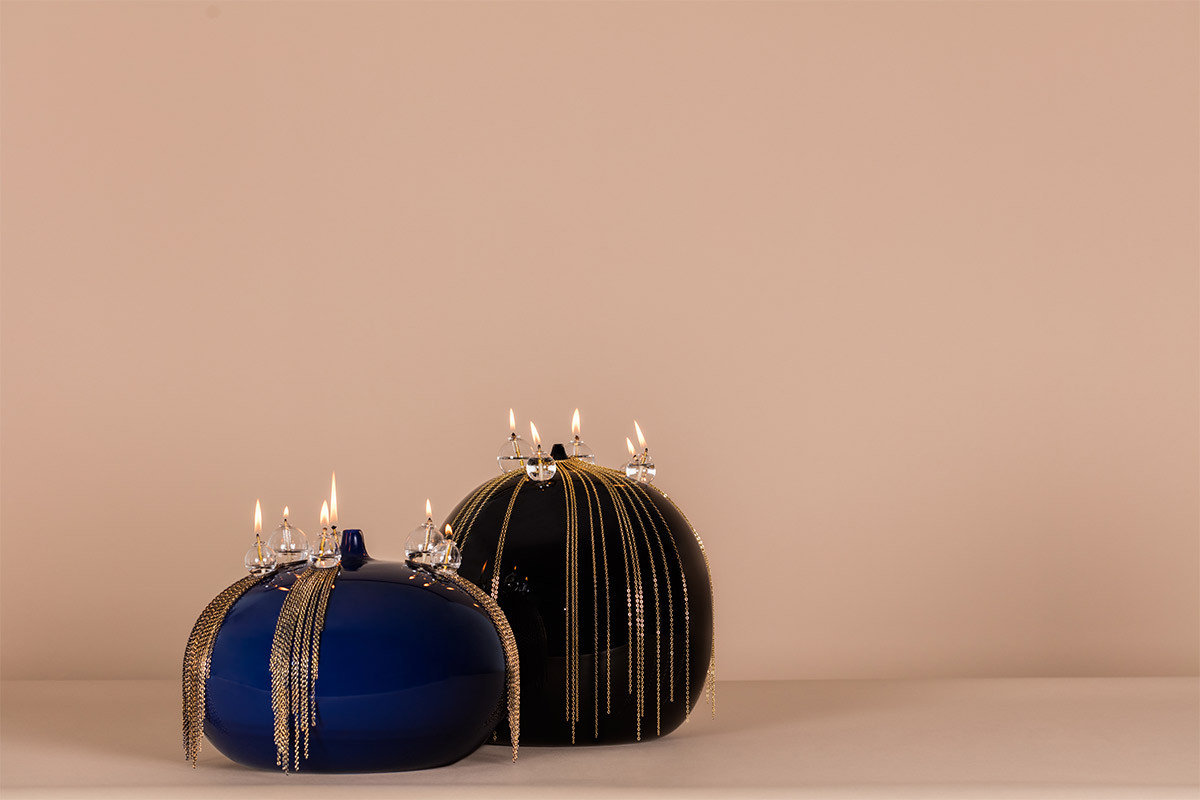 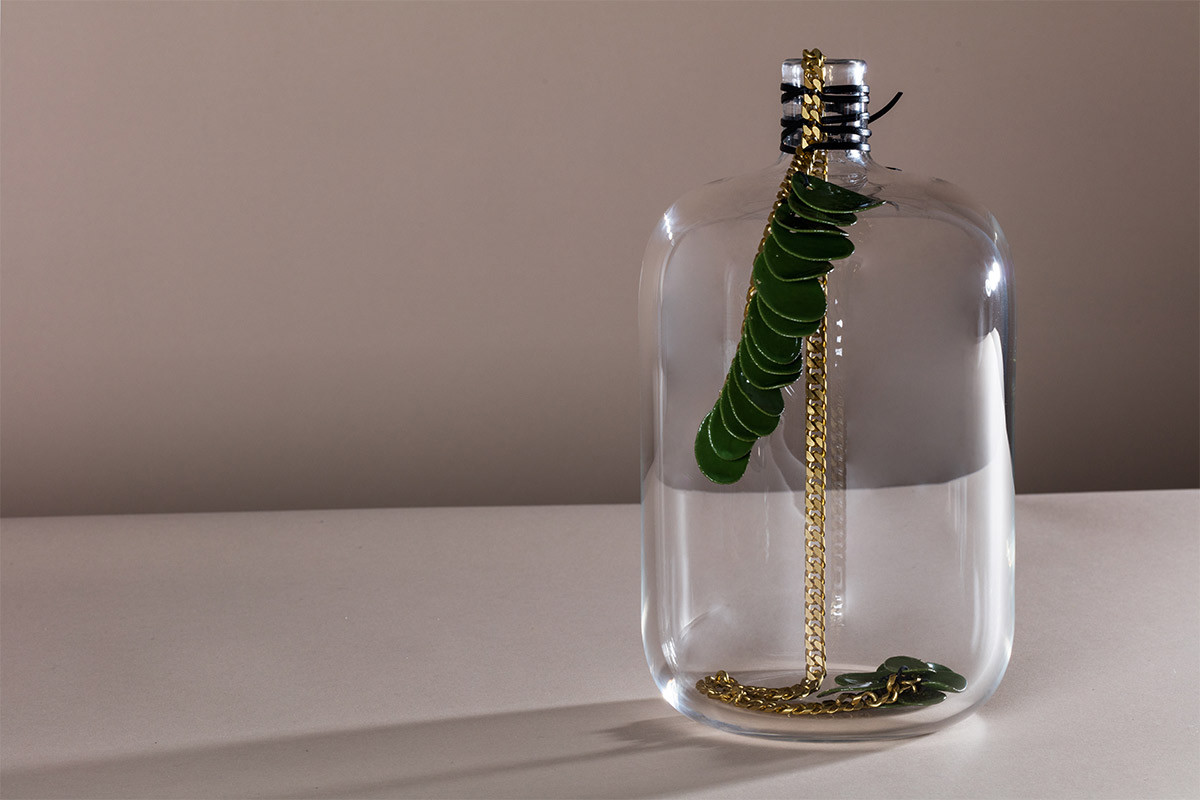 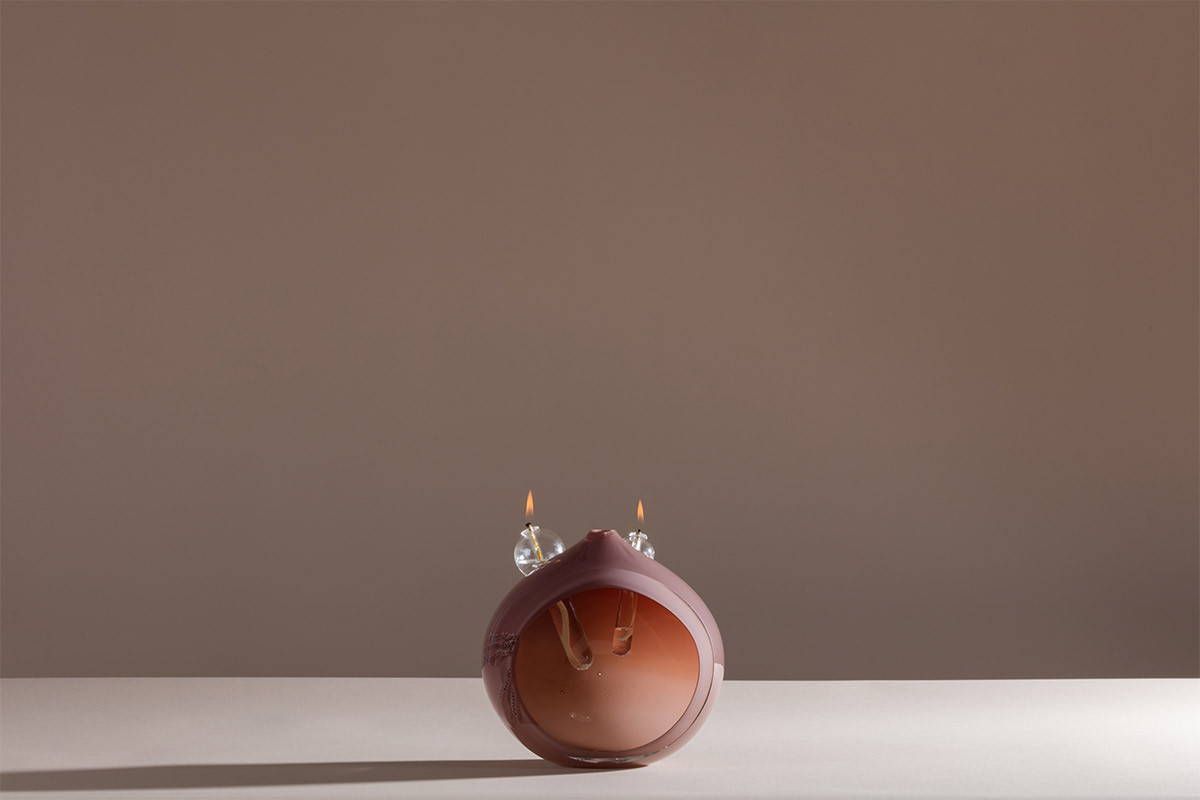 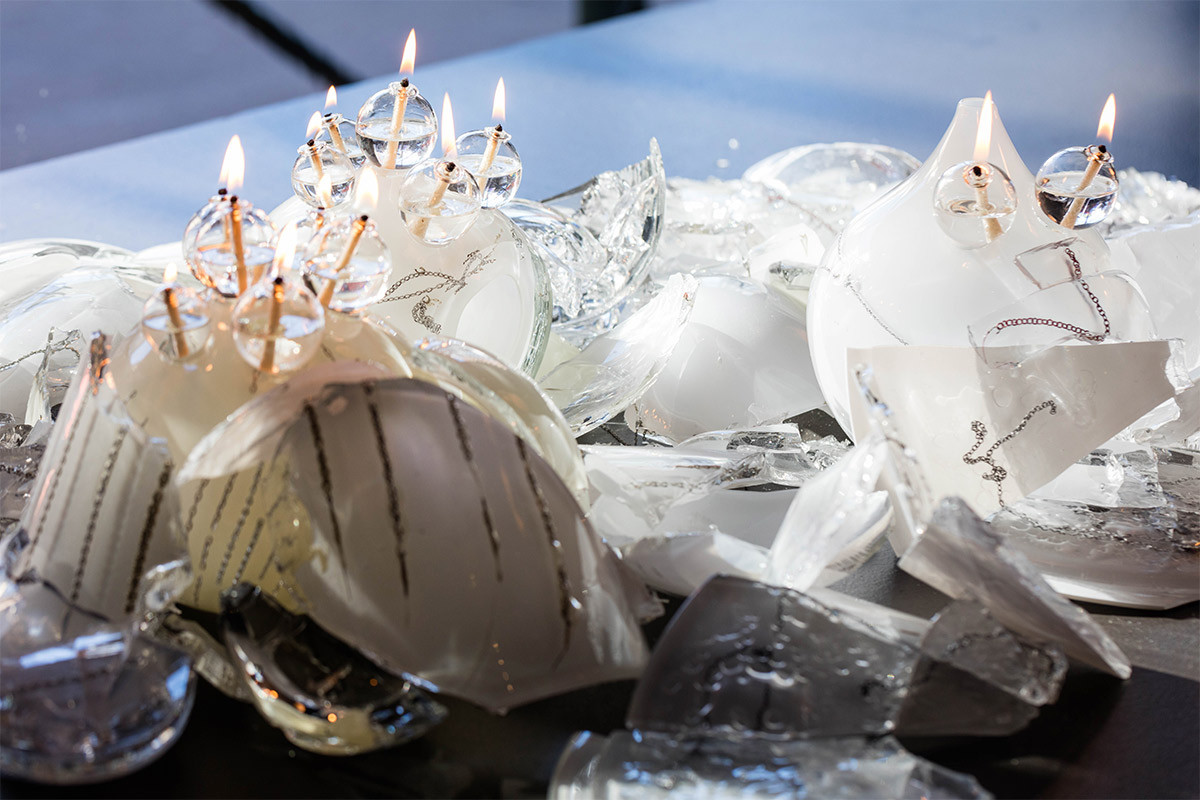 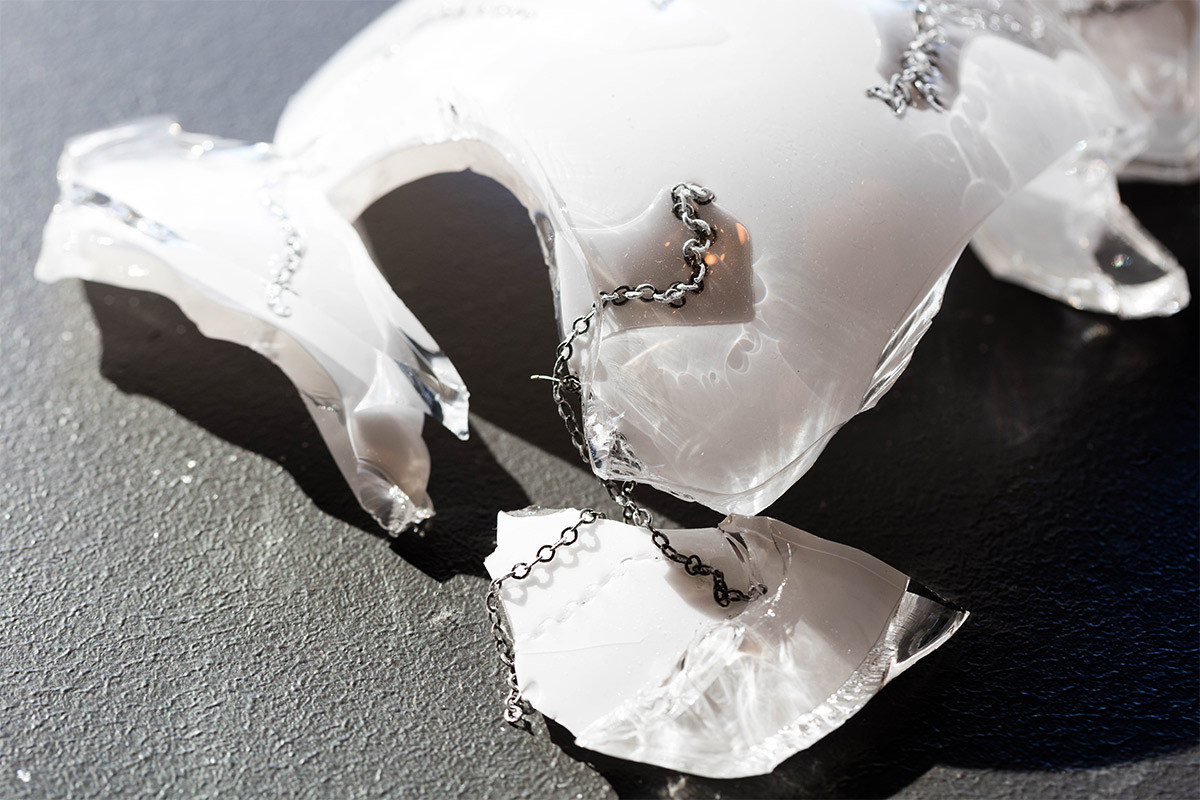 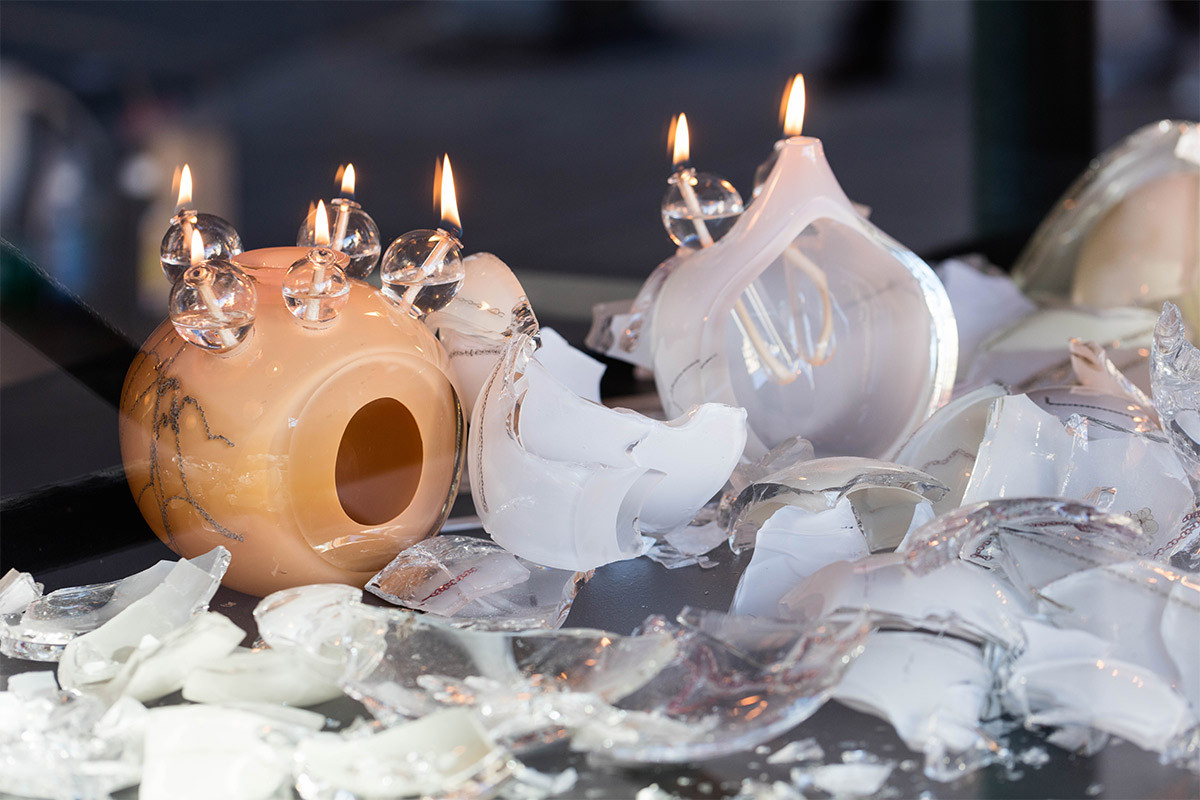 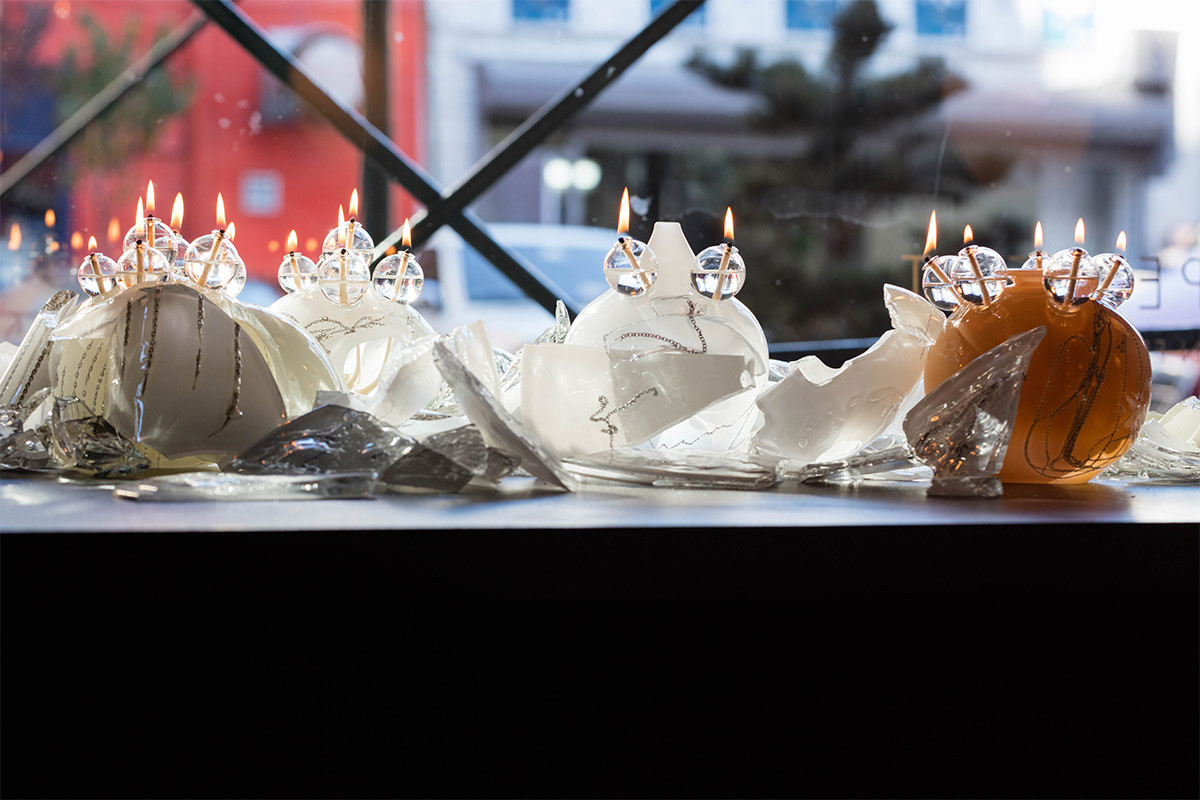 “I have always been drawn to extremes in a way: things that are precious and fragile and those that are a little more forceful and intense.”

Destruction is far more captivating than creation,” says designer Lindsey Adelman, whose latest collection, titled Ambrosia, embodies both polarities. “It’s multi-dimensional,” she adds. “I have always been drawn to extremes in a way: things that are precious and fragile and those that are a little more forceful and intense.”

The theatrical collection, consisting of almost twenty one-of-a-kind pieces, saw Adelman happily cloistered in her new Brooklyn studio while she pursued a personal, intuitively creative approach. “It felt like such a liberating antidote to the usual routine of running the studio,” Adelman says. “There was a total absence of expectations and the process felt extremely instinctual with lots of trial and error. There was a lot of smashed glass and broken pieces - even now, we are yet to completely master many of the techniques we attempted.”

When compared to, say, Adelman’s mega-successful bubble chandelier, the new work feels like a radical departure. “Sometimes I get quite tired of what’s now being considered design,” she says, eschewing the industrial character of much contemporary studio output. “It’s strange: I realized recently that I actually don’t really like architecture and the built environment, I just don’t respond to it in the way I do nature.”

Nature is a strong leitmotif within the collection, which is made up of delicately ethereal vessels and oil lamps. Named after the nymph, which inhabits Greek mythology, the pieces exude fantasy and feature a commensurately quixotic material palette, including leather, rope, brass chain, white porcelain, leather and molten glass.

The story of Ambrosia - a girl transformed into a vine who, in a revenge spree, drags her assailant Lycurgus to the underworld - had always captivated Adelman, a designer whose influences run far beyond the everyday (the collection also drew on ancient tribal motifs and tribal and religious symbolism.) “I love myths and this was definitely a moment to look towards the ancient world,” she says. “Elements like the vines appear as chains and in the case of the chandelier [Petal and Oil lamp Brass Chain Net] it has this very supernatural and almost spiritual presence.”

Ambrosia, which will be displayed exclusively in The Future Perfect’s New York and San Francisco showrooms, also feels like a homecoming for the designer. “David and I have been friends and collaborators for such a long time,” she says. “It’s great to reflect on that: we’ve always supported each other’s paths but also pushed each other - that’s exactly what’s required in order to do exciting things in today’s world.” 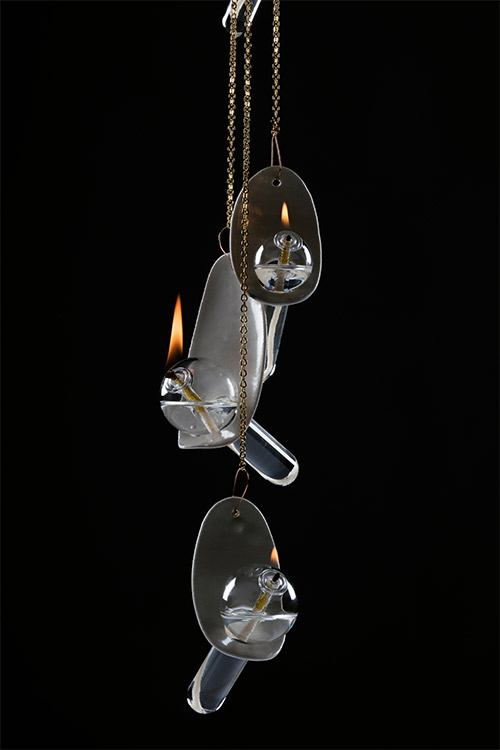 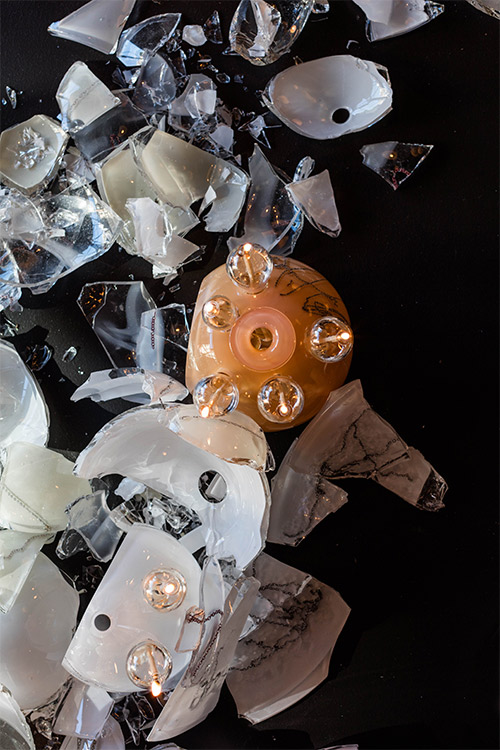