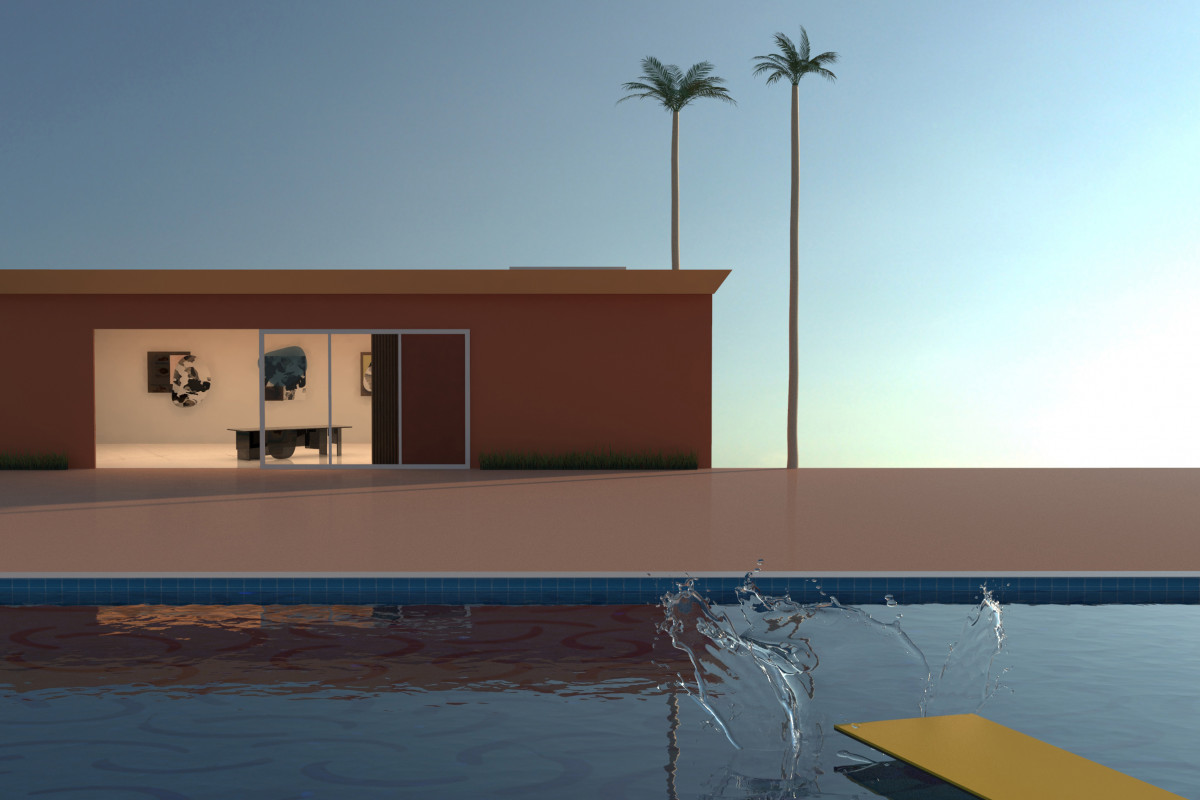 One year ago, in the early days of the pandemic, we called on a selection of artists from our roster to contribute to a digital body of work addressing a central aspect of this crisis: impossibility. The impossibility of going outside, living life and making work. Under the umbrella of an online exhibition called “Unrealized Dreams”, we wanted to show how this impossibility in turn created the potential for creative catharsis - that is to say, when everything feels impossible and imagination is all we have, that imagined space creates endless possibilities.

Now, with a year’s worth of courageous and emotionally vulnerable propositions from some of our favorite artists, we have posted the results of this undertaking online. We invite you to look at these as documentation of both what almost was and what could someday be. A history of the never and a proposal of the always. These “works,” culled from the assembled artists’ imaginations, future plans and constant dreams, could be understood as a collaborative effort between viewer and artist. A mutual agreement to suspend disbelief and defer what is for what could be.

Ben and Aja Blanc have manifested ephemera from a hypothetical dream in which they would meet the painter David Hockney in an imaginary house, surrounded by objects they haven’t yet made. A space that lives in between impossibility and prognostication, their house proposes the chance to have a mystical and generative dialogue about their work with one of their (and our) favorite artists.

Bower has envisioned a series of large scale sculptures made from mirror polished stainless steel. They are a physical representation of invisible forces that exist around us, within us, and connect us to one another: sound waves, light waves, and global pandemics to name a few. A speculative and arresting depiction of energy relationships manifested as objects.

Chen Chen and Kai Williams have imagined a large-scale, human-sized version of the terrarium that was home to Chen’s pet gecko, Gordon, and which was part of their 2019 Casa Perfect show, Romancing the Stone. Scaled twenty-five times larger than the original, this new terrarium is a playful and optimistic commentary on circumstances with which many of us have become all too familiar over the past year.

Chris Stuart’s Portal is a speculative extension of the Morphology Series, and explores the relationship between shape, path and movement, resulting in an imaginary object that suggests a pathway to another place. Stuart invites us to conceive of the possibility of impossibility as a navigational act.

John Hogan has proposed a “bunker” that would serve as a sacred space and a memorial. A place of relaxation, reflection and safety, where viewers could begin to process the events of the past year. Generous in its intimacy, Hogan’s “Bunker” envisions a space of necessary collective healing.

Lindsey Adelman has envisioned a new type of travel. Titled Paradise Unlimited, it would be a fantasy ride in glass orbs of pale pinks and nudes, wherein the ideas of effort and time are things of the past. In Adelman’s method of transit, the passenger would be restricted to the role of observer, unseen and unable to affect their surroundings - a predicament not unlike our own relationship with media; a meta-commentary on the conditions through which this very piece might be viewed.

Matthew Day Jackson imagines a project reminiscent of his acclaimed WONKY line and in which he would enter a client’s home and collaboratively select a room to be “WONKYed”. Using a limited set of tools (box knife, hot glue, bow saw, sawzall and pencil) and only found or recycled materials sourced from the homeowner (corrugated cardboard boxes, tax papers, incriminating paper material, old clothing etc.), he would design the room through the creation of the objects in it. Approaching limitations as a liberation, Jackson’s imagined rooms are a true dream scenario.